Fred is home recharging after a busy November took him to San Francisco; to Europe for a tour through Germany, France, Switzerland and Italy; and finally to Japan for a magical collaboration.


The New JBs followed up their appearance at the San Francisco Funk Festival with great tour of Europe that included six dates in France, and one each in Germany, Switzerland and Italy. Big thanks to Véronique PHITOUSSI for sharing these first four photos from France. Click here to hear a radio interview Fred did with Alison Hird of RFI. Also enjoy the family photographs from Europe below them.

Keep scrolling for photos from Japan, courtesy of Osaka Monaurail, the top-notch funk band that pianist Ryo Nakata formed 20 years ago to preserve, celebrate and advance the music created by James Brown's funkiest backing band, with Fred as its leader. Thanks to Hennessy Artistry, which allowed Fred to revisit some of his classic JBs tunes with OM in Tokyo as part of the series, The Art of Blending.

Finally, a photo from Fred's singer cousin Song Byrd, who was able to meet up with him in advance of gigs of her own in Tokyo on Dec. 8 & 9. Thanks, Song!
Family photos from Europe. 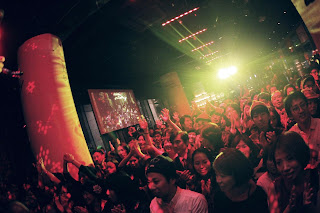