Soul Power Week in the Congo

Forty years after the famed "Rumble in the Jungle" and its accompanying soul music festival in Kinshasa, Matombi Productions brought Fred back to the Congo for "Soul Power Week." 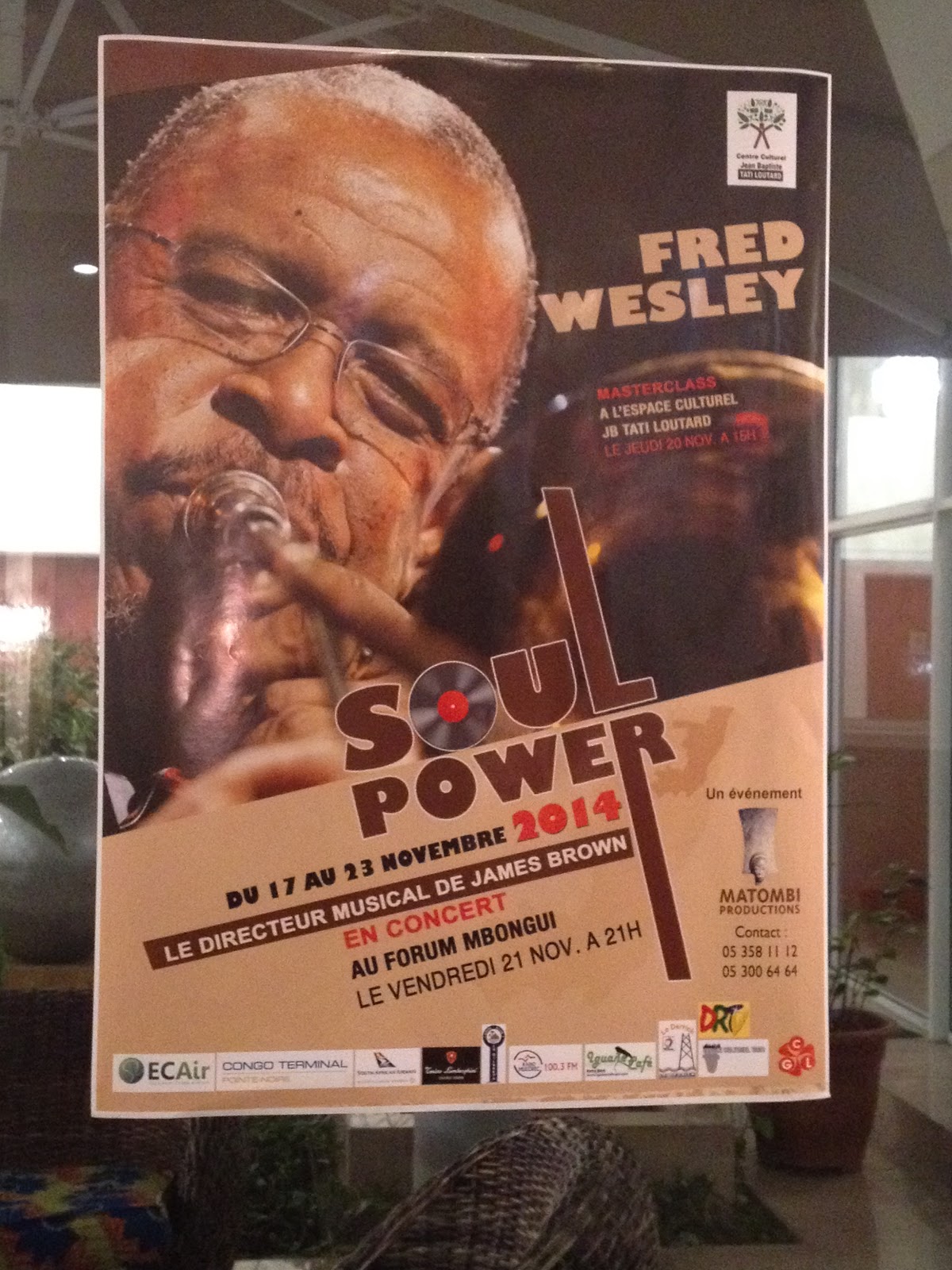 In 1974, Fred traveled to what was then Zaire as the bandleader for James Brown and the JBs. This time, courtesy of ECAir and the ECAir Foundation, one of the sponsors, he traveled to Pointe-Noire, Congo (Brazzaville), with his funk quartet. The week's series of events included concerts, workshops, a jam session at the Iguana Cafe, poetry by Gilles Douta, visual art by Jussie Nsana and film screenings and discussions.

Among the films screened were "Soul Power" and "Fela Kuti: Music is the Weapon." Among participants was Fela biographer and scholar Carlos Moore, who interviewed Fred and led a group visit to Matombi, the point of departure for an estimated 200 million people sold in the trans-Atlantic slave trade.

Many thanks for a meaningful and enjoyable trip to Matombi Productions and its extended family.