Off and touring down under

Mad love to the good people at The Powerstation in Auckland, New Zealand, for getting the latest New JBs tour off to such a great start. The tour also will include stops at the West Coast Blues n Roots Festival in Perth, the Corner Hotel in Melbourne, the Upstairs Beresford in Sydney and the prestigious Byron Bay Bluesfest, which also will include such huge artists as Paul Simon and Santana. Thanks to Niche Productions for making it all happen.

Here are some photos from New Zealand.

Before leaving the States, Fred performed for the reunion banquet for the graduating class of 1969 from what was then called Manning Training School, in his adopted hometown of Manning, South Carolina. Here he is with friends Bea Simon, and State Senator Kevin Johnson and his wife Gloria. 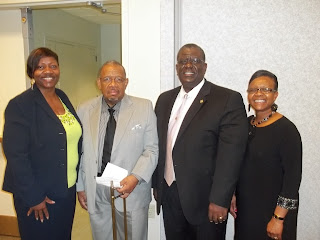