Happy New Year!  Fred got with the Greyboy Allstars to blow out 2011 with two sold-out shows in California -- at the Belly Up in Solana Beach and the Independent in San Francisco. Here are photos, courtesy of photog/fan Pauline Brickey. Thanks, Pauline! 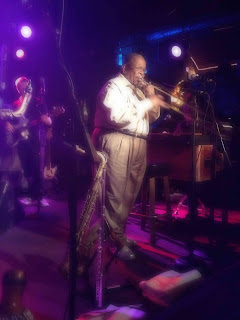 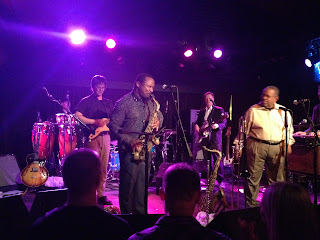 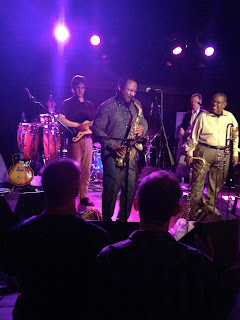 With his chops "smoking" from the Greyboy gigs, Fred launched 2012 by heading straight to Upstate New York for a recording session to finish up work he began in March on the nearly-completed forthcoming album by Willi Amrod. Here are photos from that session.

Closing out the old year, here are two reviews of "The Lost Album:"

Finally, the October reunion show with Pee Wee Ellis and Maceo Parker at Town Hall in New York City was selected as one of the best gigs of the year, by WNYC (click here), as well as the Wall Street Journal, which had this to say:

"On Oct. 6, three veteran horn players indulged in tactics that would have been intolerable from lesser musicians. They built a whole show around audience interaction, calling upon the crowd to get up and start moving (up and down in our seats, if not quite dancing) from the first downbeat, and then what they played was essentially sheer rhythm with remarkably little melody, mostly based on riffs rather than full-fledged songs. And yet because these men were all veterans of James Brown's greatest band (sometimes known as "The JB Horns"), who hadn't played together in 20 years, this was one of the major musical events of 2011. Despite the best efforts of the ushers, at least one cellphone video has slipped on to YouTube"
- January 05, 2012