Fred's on the money!

Fred's image graced the currency for volunteers over the weekend at the Hot Times Festival in Columbus, Ohio, where he was the headliner and honored guest on Saturday night.

Many thanks to the festival organizing team, especially Candi "C.L." Watkins, and to Chris Steele of Steele Jazz Entertainment for bringing together a truly hot time. Also thanks to Gail Bernard, who designed the "Fred Bucks."

While in Columbus, Fred also hooked up with his old friend Joshua Sheik, a drummer who is now one half of the soulful duo Wonder Twin Powers, with singer/guitarist/pianist Jenny Flory. The reunion happened at Sonic Lounge Recording Studio, where Fred laid a quick solo on a hot track from the band's forthcoming album.

Here are some photos. Enjoy. 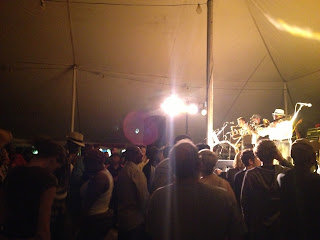 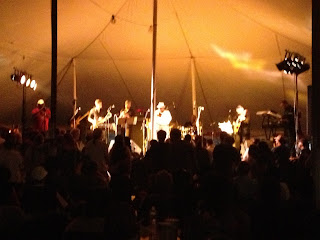 Fred's month includes much Stateside fun including today's Hot Times Festival in Columbus Ohio, three gigs with "Funking for Jamaica" trumpeter Tom Browne, and an appearance at the Pop Montreal Festival with the Bernie Worrell Orchestra.

October 2 will find Fred with his New JBs and Tom Browne at BB King's in New York City. Tickets are on sale now.

Many thanks to all who made last Saturday at Yoshi's in Oakland such a fun night. Enjoy these photos. 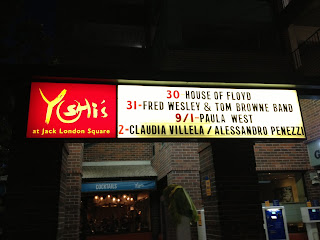