Fred closed out May and opened up June with shows in Los Angeles, Charleston and Lausanne.

In L.A., you may not have seen him but if you listened closely you may have heard him in the American Idol band for the season finale on May 23. During the days of rehearsal that led up to the show, he caught this shot of the string section. 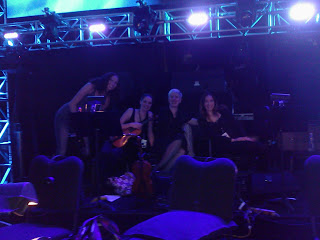 On May 29, he gathered with his New JBs for the Jazz Artists of Charleston's annual Holy City Homecoming, in the historic city of Charleston in his current home state of South Carolina. Here's the band onstage during the sound check at the Charleston Music Hall (photo courtesy of JAC). 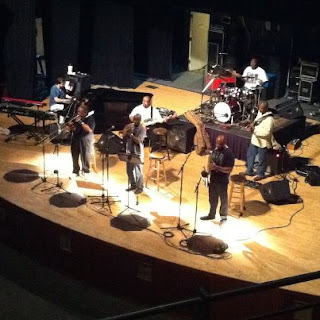 From there it was on to Lausanne, Switzerland, where he played at the Chorus jazz club with some funky Swiss friends associated with EMJA, the Ecole de Jazz et de Musique Actuelle, which reportedly is the most famous Modern Jazz School in the west side area of Switzerland, since 1984.

Also on hand for the evening was pianist Alex Bugnon, Cyrille's brother, who sat in on "Pass the Peas," and sat for this photo op with Fred. 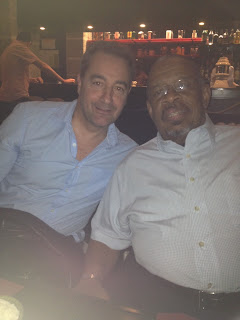