March brought Fred his first opportunities to play with singer Song Byrd, the cousin we recently met, and had a wonderful time. He describes her as a dynamic singer and performer and looks forward to playing with her again soon.

The first was at the la solidaire du chocolat festival in Nantes, France, where Ricardo Florès Espinosa captured these great shots. Also, here's some video of the show. 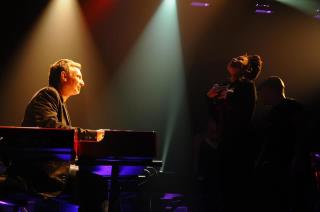 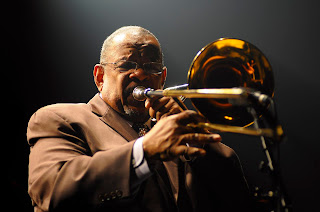 The next was at La Scene Bastille in Paris, where Funimax got this great shot, along with these others. 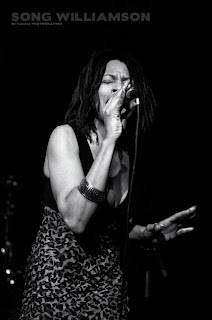 The Scene Bastille show opened with a hot set by new friend Kondo, and featured The Horn Dogz, with special guest appearances by Juan Rozoff, China Moses and Sly Johnson. Joya got this shot of Fred with the Horn Dogz and Juan backstage. 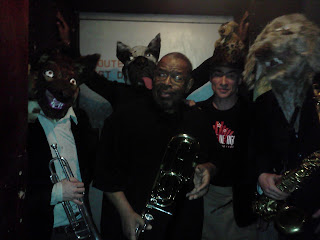 It was a fun night and will herald funky collaborations to come. Song's in Japan now, promoting her new album. Show her some love by liking her at her Facebook page here.
- April 17, 2012