Fred will perform tonight in New York City as part of Lincoln Center's Midsummer Night's Swing series with cohort Pee Wee Ellis in a set that will celebrate the 40th anniversary of "Soul Train." This morning, The guys gathered with former Soul Train dancer Tyrone Proctor and some of his students (including Princess Lockerooo and Akim Funk Buddha) for featured segments on the local Fox TV channel with Julie Chang. Click here to see video clips.

For NYC Fred fans, the ticketed part of the show is sold out, but it's free outside the fence for as many can squeeze into Lincoln Center's Damrosch Park, located at Columbus and 62nd St. in Manhattan.

Here are some photos from the morning gathering. Thanks to Fred's cousin/photographer/singer Song Williamson. Thanks, Song! 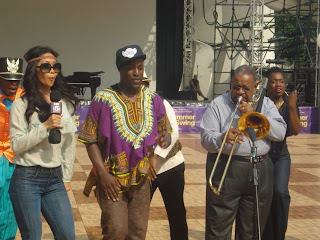 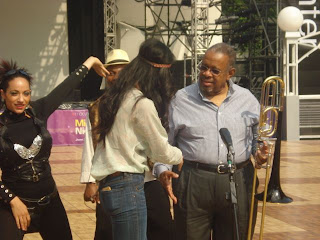 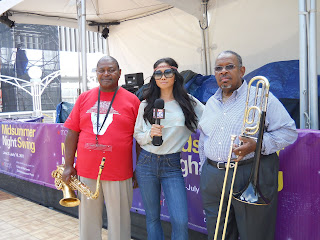 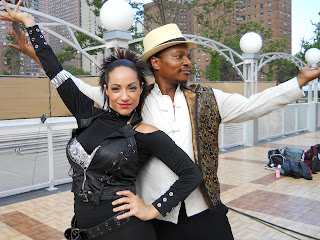 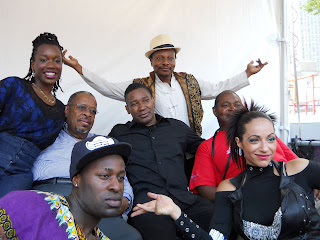 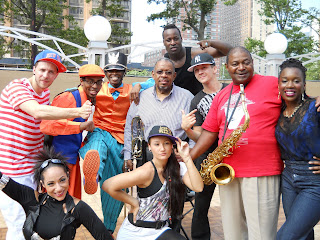 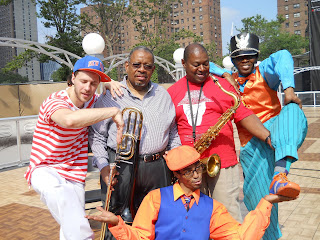